From Hobart to Coles Bay (Day 1) 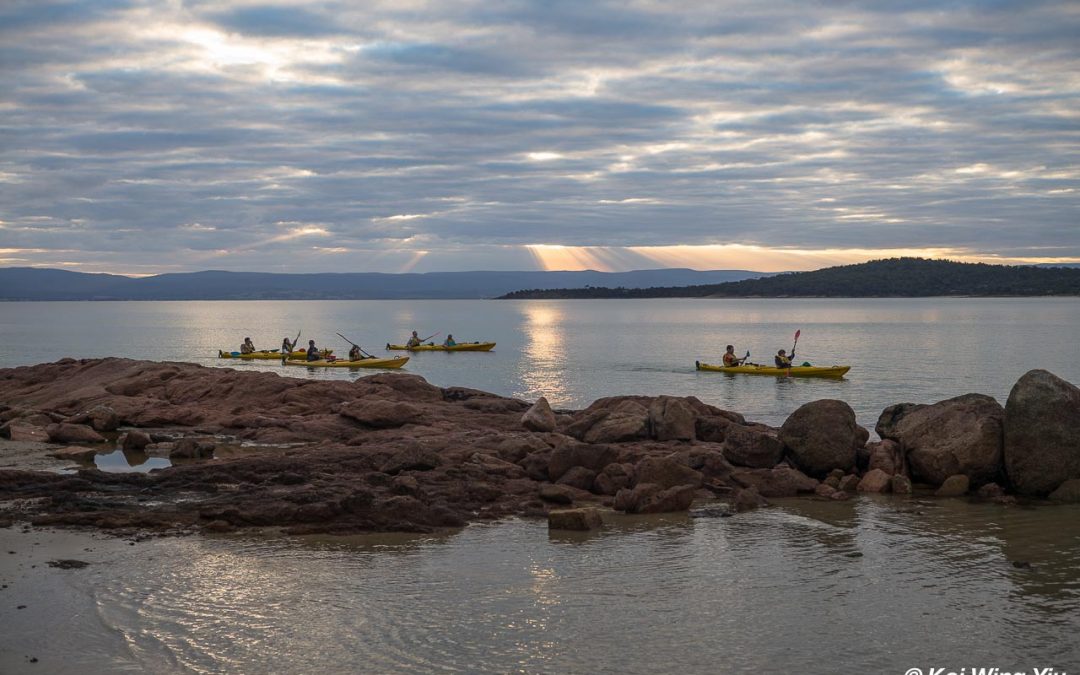 Today we took Qantas QF1019 from Sydney to Hobart. The Boeing 737-800 completed the journey in about 1 hour 50 minutes. We landed on the tarmac before noon to pick up a Kia Carnival at Hertz.  Before long, we were heading east to the direction of Sorell.

Our first stop was the Kate’s Berry Farm, just outside Swansea. We arrived after 2pm to discover the place was packed with tourists. Luckily we managed to find ourselves a picnic table outside. So it was time to sit back and enjoy the ice cream and pancake we have longed for. Kate serves the best ice cream in Australia and she also has a great sense of humour. She must be overjoyed today with so many customers visiting.

At Freycinet Marine Farm, we tasted the worst oyster dishes we ever had in our life. The Freycinet Marine Farm is supposed an award-winning business and supposed to be a place for oyster lovers. To our greatest disappointment, our two cooked oyster dishes tasted awful! They cost $20 per dozen. One plate was Oysters Kirkpatrick Grilled and other was called Oysters Poached with a Ginger and Soy Dressing. The oysters were so small that they looked like some poor malnourished seafood. The Oysters Kirkpatrick Grilled was just okay but the other one was filled with vinegar not soy dressing. We guessed the chef has mixed up soy with vinegar. The vinegar has killed the sweetness of the oysters.

Fish and soup at Iluka Tavern

In the evening, we checked in a timber house near Muris Beach in Coles Bay. It is one of the self-catering accommodations of Sheoaks. There is a kitchen you can cook nice homemade meal. However, food preparation is not easy as there is no butcher or fresh fish store in this small town. We ended up having dinner in Iluka Tavern. A dish of grilled fish of the day costs $24 and a bowl of soup with bread costs $9. The plate was big enough to feed our hungry stomach. Later on a map, we found that we might have missed some other shop a few kilometres away near Esplanade East.

Data connection is a big issue in this area. There was barely any reception of 3G signal inside the timber house. I occasionally received some weak signals in the open area. Telstra, the best network in Tasmania, is incapable of making our life better or provide us with some reasonable connection with the rest of the world (although it is much better than other networks). In fact, we were told that there is a spot somewhere in every town that offers free WiFi for all locals and visitors.

Tasmania is still a lonely planet.