Day 8 from Kussharu to Kushiro 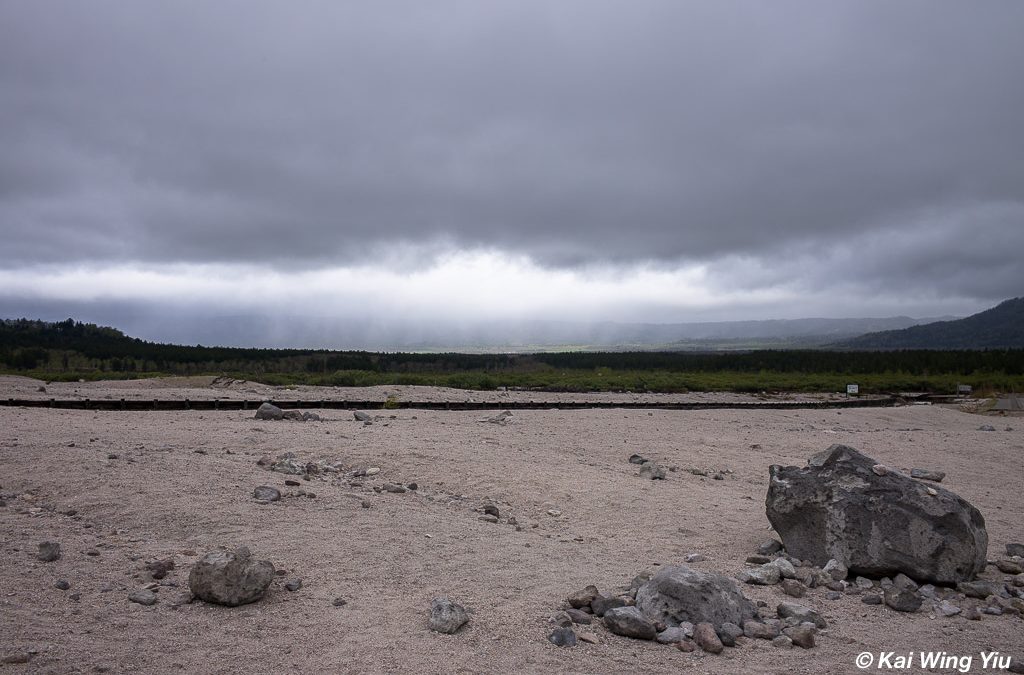 In the morning we drove along Lake Kussharu to two other tourist attractions. It was a cold morning, no wonder the temperature dropped to 7 degree Celsius. We went through the famous town of Kawayu Hot Spring.  It was dead silent in the morning: the doors of the shop closed and restaurant remained unopened.

The wind was blowing wildly. There was no swan to be seen in the lake!

We went on to visit the mountain with sulphurous vents . A poor fox in a bony shape was welcoming us at the entrance. It was begging for food from the guard at the booth. It returned to the bush when finishing its meal. Fox is more common than bear in this region.

The rocks were venting strong and deadly smoke from the ground. The scene was just amazing.

Our next stop is Lake Mashu. It was on a highland and the temperature dropped to 1 degree Celsius. Under such an environment, it was hard to take a perfect picture of the lake because it is enveloped in fog and misty from time to time.  Lake Mashu is picturesque and clear crater lake. One moment you see the sky and the next moment you see the mist.

On the footpath of Lake Mashu, a tripod and a steel ladder were tied to the handrail for tourists to take a group photo.  It was amazed to see the locals have kindly thought about the people who make a visit here.  It is a thoughtful courtesy that we find in Japan everywhere.

The tripod on the footpath of Lake Mashu

On our way to Lake Akan, we took a quick lunch at a noodle restaurant.  It was packed with all walks of life. A bowl of soup noodle is a important meal during lunch and we found it worth every cent.

We continued our journey to Lake Akan. It is truly a tourist spot and quite disappointed in this windy weather. Freezing temperature scared many tourists.

Gigantic hotels are located next to the lake, accommodating a sea of visitors during the peak seasons.  We took a quick afternoon tea with bread and tea in a cafe called Pan de Pan.

We visited Ainu Kotan.   It is a small Ainu village in Akankohan, which is basically a street lined by souvenir shops specialising in Ainu handicrafts. At the end of the street, there is a museum showing daily life utensils and crafts.

Around 4pm we arrived 釧路 Kushiro and checked in a hot spring hotel.  It is a resort mainly serving locals.  The room was simple but clean.  No WiFi was provided.  We were the unexpected foreigners.

Before sunset, we went to visit the Wetland Park called Kushiro Marshland. The tourist information said it is populated with cranes.  We saw nothing, probably it was not the season. We took a nice walk along the footpath ended up at the observatory.

The dinner was served in the restaurant of the hotel. It was a traditional set dinner and every dish was delicious.